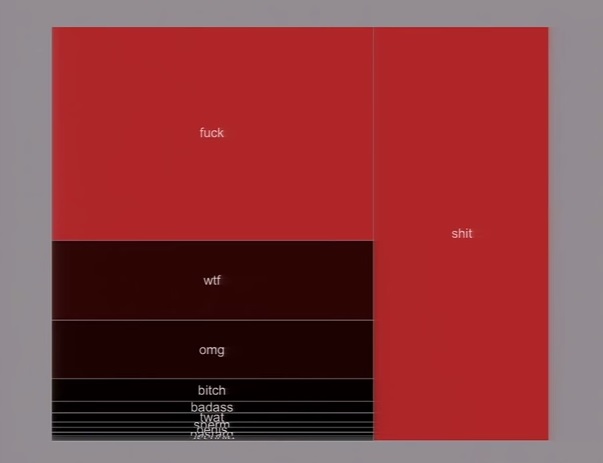 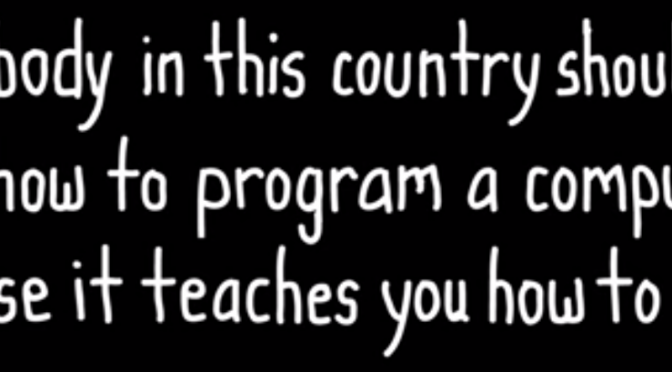 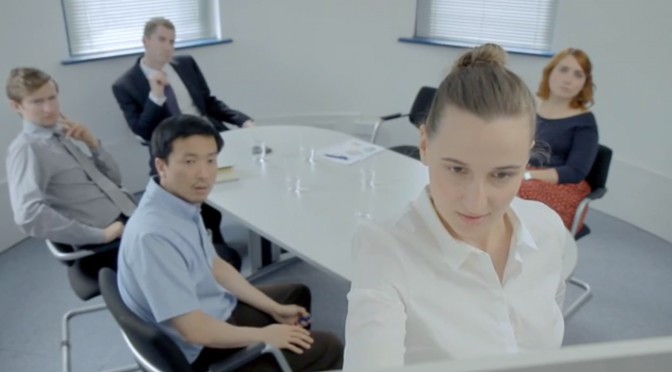 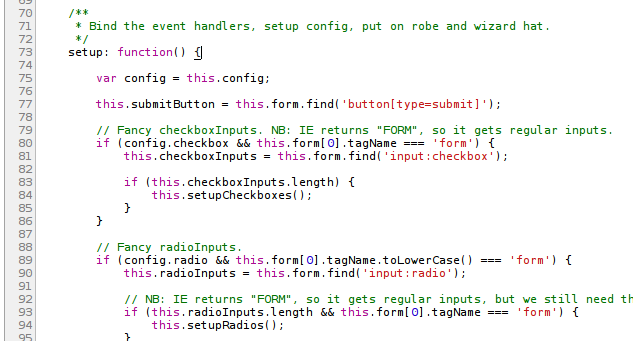 Lately I have been working on a job position, mostly orientated towards the system administration side. As a result of that I am working into creating some tools that help the everyday life of a developer.

Unfortunately, because that company has a legacy product (all have that, even startups!) I also had to provide some tooling for that too. As you may guess, that product was running into Windows servers. And here’s when the story starts getting interesting.

It is a Microsoft product!

From: The dev community

Yes, yes! I know. Half of the people you might ask around they are going to come back at you with that phrase. It isn’t open source, and it is a Microsoft product. And when they utter that phrase you can see their facial expression, saying it with such aversion, as if Microsoft is the devil himself, and they are the twelve apostles!

Sure, that product has its issues, but it also has some (if not very good in my humble opinion), documentation online: https://docs.microsoft.com/en-us/powershell/

Really powerful stuff, coming in from Microsoft, and the chaos that is called Windows OS… (let’s not forget Vista, Windows Millennium, Internet Explorer, and all those “successful products” we were forced to use…).

To cut to the chase

My main point is that Powershell, strives to offer some tools needed for system administrators to administer their Windows Installations. And it fails, unfortunately. As a product it is so chaotic and big, with so many different pathways you can end up being caught at. Especially if someone compares that with the simplicity of the unix counterpart. Even though, they have tried to be more effective and direct. I mean, in every modern installation of Windows 10 all you have to do is WinKey + type “Power” + Press Enter, and you are within a cli where you can start executing commands. Quite fast, and user friendly.

The problems start when you try to consolidate stuff. When you want to write different scripts that perform different tasks. When you are trying to include that awesome script you wrote, and its very essential to the grand scheme of your process. Thats when things, start to get interesting, and frankly, I think Microsoft hasn’t really put things into perspective when they started implementing that product.

I was asked from the security team to lock down user permissions into a given server. In order to do that the best way possible (since we do not want not our users to at least have a the required permissions they actually need) to create another role (or user) and assume that role to run stuff. Since the setup was old, the only option I had was use a user to do that. Which lead to the following hidden default decisions by Powershell.

In order to assume the user and run the commands I wanted. Only problem was that I had to somehow encrypt the secure_hash using this function:

If you visit the documentation, and not read carefully the description (especially the last part of it) and jump to the usage, you will try to call it somehow like this:

Now if you take that $StandardString and you pass it in the ConvertTo-SecureString function then that will create a System.Security.SecureString object (whatever that is, I couldn’t properly inspect it…), which can be passed along as a credential to log in to Windows computers.

Now this works just fine if you run all those commands in the server you want to work with. The problems start later, when you re-provision that server (and of course you have saved that $StandardString since , the user hasn’t changed credentials, and you need that to log him in). If you hadn’t payed attention at the last subsentence of the description:

A quick google search of Windows Data Protection (DPAPI) and you will see its nothing more that a key storage engine that saves a butch of keys from the user. So when you are calling the function without the -Key argument, then a different key is used coming from DPAPI. And, of course the error you are getting back if you call the reverse function isn’t that descriptive either:

Was it too hard to get a message like, key is invalid or decryption failed? Especially since they are using by default the hidden Windows key?

Unfortunately this goes across all PS

The guys who originally wrote Powershell, didn’t want to adhere to Explicit is better than implicit, as this is a principle used quite often in software development (see this). As being a primarily a linux user, I always loved the tools that MS was providing to Windows users. And frankly this was amazing in the past. But unfortunately, as time goes by, I am realising that the decisions they had to take while implementing those tools, weren’t as objective as the respective open source ones.

Or even when the open source guys didn’t do such a good job, and ended up creating non-useful tools, those tools were becoming deprecated quite fast. This cycle didn’t happen with Microsoft. A product had to go live, and if that product covered the needs of the users, was in fact irrelevant to whether it had to go live or not… (sounds familiar?)

I haven’t posted in a while. Mainly because I was really busy with my morning job, and a lot of other stuff in the between. For all of you who actually kept in line with my blog I would have to say I have done a lot the past 3 years, career-wise.

This post is going to be mainly for talking about Crypto Currency mining, and the related technology.

I have worked a lot in the Finance Tech Sector, even before it was the hot word. Unfortunately I didn’t have enough time to actually delve into the Crypto Finance part, only up until recently.

I decided I should have a look at the technological / mining part of a Crypto Currency.

Of course since I am primarily an engineer and not a coder, I decided that the mining must be done in a distributed way and not in a dedicated way most people without any specific technical background do… And that was the issue unfortunately.

Even though my current morning job doesn’t include a lot of JavaScript (or ECMAScript as they renamed it nowadays), I still have some juice left in me. So since JS rules the world language-wise, the logical approach would be a JS miner. There is only one js-miner.  And also a nicely laid-out service is  Coin-Hive (I’m not linking the site as it will be marked as a malware, more on that later). The crypto currency is Monero (XMR), and it is mainly developed for mining using a CPU and not any specific ASIC just as Bitcoin or Ethereum are. Which also makes it more profitable in my opinion to mine right now, without actually having a monster like computer, which is needed to mine all the other currencies…

Ok, lets face it mining using others pc’s is not that profitable.
Having something like 30-40 visits per day on your website with an average stay of 1-2 mins could probably give out something like 10 cents per day, with roughly 1M hashes.

So it turns out that a lot of people had the same idea as me (a few months back) by using the browser’s V8 to run mining software.

Frankly, I find this offensive. Especially from google’s part since I managed to set up a distributed miner. I distributed it’s source code (based on a flavour of CryptoNight algorithm) and mining software between some of my sites, using my github account to host the files for the miner, and a few other freeware sites for proxying the traffic for the mining pool.

My github account was banned. Also my sites as well. Google thought that all my sites have been hacked and that they were infected with a malware.

Google sent me a lot of e-mails that my sites were infected, and that I should clean them. Apparently it is illegal to serve these assets even if you specifically ask permission from the users (or just simply notify them for this). So, users don’t like ads, since they are using an adblocker, and they don’t like also using their CPU for mining. OK, I get it. We just have to pay for domains and servers for ourselves, for the code and the brain power we burnt to create the content, and just give this away for nothing. Nice. Even though if I somehow have a guy who still owes me a lot of money for a website I helped him create and I don’t want to put him out of business by just closing it down.

Should you need any more info let me know to help you if you want to setup your own JS mining rig.

PS. I have started working on another big open source project which is really nice, you will hear from me again.

Just putting it here in case someone bumps into it, and is stumped.
I recently changed and got a macbook. I moved from linux and one of the nice features I jumped to mac os were, seeing a misspelled word, right click -> see the suggestion, and correct it.

Problem started appearing when I updated to the new Catalina 10.15.4.

After that update, I started noticing that even though my words were being checked for spelling (showing an underlined squiggly line), when I was right-clicking, I kept receiving a Loading suggestions and nothing appearing as a suggestion.

Resetting the dictionary, following apples suggestion, nothing seemed to work. In the end I gave up.

Had another fresher look and did the following:

I removed the “second” preferred language, and restarted my mac.

I hope this helped!